Perhaps no other area in the state of Ohio is as wild, romantic and picturesque as Hocking Hills State Park. The Hocking region is characterized by massive sandstone outcroppings, deep cool gorges, towering hemlocks and glistening waterfalls. Abundant wildlife including white-tailed deer, barred owls, ruffed grouse and an occasional bobcat make the wooded ravines and ridgetops their home. In spring, the early morning hours come alive with the gobble of the wild turkey. The lush undergrowth contains a profusion of ferns, shrubs and wildflowers including roundleaf catchfly, lady's slipper orchids, devils walking stick and sullivantia which are some of the state's rarest and most unusual plants. A wide variety of lichens and mosses cling to the rock faces.

The most outstanding rock formation of the park is the Blackhand sandstone. Shale, limestone, coal, clay and conglomerate rock are present but less notable. The sandstone is formed by the consolidation and cementation of layers of loose sand. The sand grains have been compacted by the weight of overlying sediment and cemented together by silica or iron oxide. The Blackhand derives its name from a large soot-inscribed figure of a human hand placed by Indians on a cliff face of this same sandstone in the gorge of the Licking River east of Newark. It is thought that the hand guided the Indians to the great flint deposits found at Flint Ridge.

All of the scenic features of the park have been carved into the Blackhand sandstone by natural erosion and weathering. The Blackhand is more than one hundred fifty feet thick in the park area and can be divided into three distinct layers or zones. The upper and lower zones are firmly cemented and very resistant to weathering while the middle zone is loosely cemented and easily weathered. The many rock shelters, caves and recesses occur in this middle zone. The upper zone forms the roof of all overhangs and rock shelters. The lower zone forms the shelter floors. Water is the primary erosional agent responsible for all of these forms along with freezing and thawing and wind.

The rugged beauty of the area is enhanced by the stately old growth stands of hemlock and vast stretches of poplar, beech and oak. The cool moist gorges imitate a Canadian climate allowing such species as yellow and black birch, Canada yew and eastern hemlock, typically found much farther north, to thrive here. The dusky and red-backed salamanders enjoy the park's cool recesses. Copperhead, black rat and ring-necked snakes can be found in remote rocky ledges. The observant visitor with a keen eye may be able to catch a glimpse of the speedy five-lined skink. The numerous streams are filled with sunfish, colorful darters, the black-nosed dace, the least brook lamprey and the unique mottled sculpin. The slow, lumbering box turtle lies hidden amongst the ferns and mosses of the forest floor.

Equally fascinating is the cultural history of this area, for it was once the rendezvous of numerous native American tribes. It is difficult to determine when the first humans visited the area, but it may have been during the close of the Ice Age when nomadic hunters (Paleo Indians) were believed to frequent the state. Fluted projectile points from that era have been found in adjacent Ross County. The Adena culture (moundbuilders), who lived in Ohio from about 1 A.D. to 800 A.D. and then later the Fort Ancient Indians from the 1300s to the 1600s left evidence of using the rock overhangs and recesses for shelter.

In the mid 1700s, this area was home to the Wyandot tribe whose village of Oldtown was situated along the banks of the Hocking River near present-day Logan. Their name for the river (from which the park gets its name) was Hockhocking, meaning "bottle river". The name comes from the bottle-shaped gorge formed by the upper falls just north of Lancaster. Although they never formed permanent villages here, the Delaware and powerful Shawnee nations frequently hunted and traveled through the Hocking Hills region.

Permanent settlement by pioneers did not occur in this area until the late 1790s. The Northwest Ordinance of 1787 followed by the Treaty of Greenville in 1795 cleared the way for settlement. The first settlers found an abundance of game for food; deer, elk, wild turkey and bear were numerous. The small rock shelters provided natural den sites for bears. Occasionally, wood bison wandered here from the western plains into the flat river bottoms. The last local bison was reported killed along the banks of Queer Creek in 1799.

The abundance of natural resources encouraged settlement. Small farms blossomed with the building of the area's first grist mill. Hocking was organized into a county in 1818 and by 1820 had more than 2,000 residents. In 1840, the Hocking Canal was completed - encouraging further settlement. Hocking County lay on the edge of the great charcoal iron furnace district know as the Hanging Rock region. Two charcoal iron furnaces were built in Hocking County in the early 1850s to extract the iron ore from the region's sandstone. The iron resulting from the smelting process was used for farm implements as well as ammunition and cannons used by the Union Arm during the Civil War.

The vast stands of timber in the area were used to make charcoal to fuel the furnaces. Eventually, beds of coal were discovered and provided additional prosperity for this remote region. Coal remains and important mineral resource in eastern Hocking County.

During the late 1860s, the cave and park regions became popular as picnicking and hiking area. Poor roads kept the cave area inaccessible to outsiders, making it almost an exclusive local attraction. As accessibility improved around the early 1900s, the virgin woodlands were threatened by encroaching lumbering operations. Fortunately, through the efforts of State Forest Edmund Secrest, the State Forest law was passed by the legislatures in 1915 which enables the state to acquire, by purchase or gift, areas of scenic value, virgin woodland and areas suitable for recreation and reforestation. In 1924, the state purchased its first parcel of land in Hocking Hills which encompassed Old Man's Cave. Additional acreage was purchased through the 1920s, and many improvements were made in the 1930s by the Works Progress Administration (WPA). Trails, stone steps, bridges, roads and tunnels were constructed and can still be seen today. Extensive reforestation of timbered lands returned the surrounding area to its original primeval character.

Today, the area is known as Hocking Hills State Park which consists of six separate areas encompassing 2,000 acres. Old Man's Cave, Cedar Falls, Ash Cave, Conkles Hollow (a state nature preserve), Rock House and Cantwell Cliffs are each unique in their own way. The state park is surrounded by 9,238 acres of the Hocking State Forest administered by the ODNR Division of Forestry.

Hocking Hills State Park, even through its many changes, has managed to maintain its pristine character. One need only leave the parking lot behind and venture down one of the park's many trails to escape into the Hocking wilderness. One may hear the splashing of waterfalls, the haunting call of the whip-poor-will, the whisper of wind in the hemlock or the distant murmur of the Hockhocking as it drifts along. 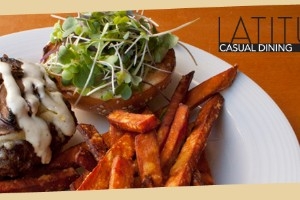