Conkle's Hollow, situated off S.R. 374 on Big Pine Road is a rugged, rocky gorge - considered one of the deepest in Ohio. The valley floor is a veritable wilderness covered by a profusion of ferns and wildflowers while hemlock, birch and other hardwood tower overhead. The growth is so thick in places that little or no sunlight reaches the deep valley floor.

© hockinghills.com
Overlook at the trails edge -

The trail leading up the narrow half-mile long ravine is surrounded by vertical cliffs rising over 200 feet above the mouth of the gorge. As the trail continues, the gorge narrows further to only a distance of 300 feet from cliff to cliff.

A folk legend speaks of a petroglyph that was found on the gorge wall by early settlers. The carving was fashioned as an arrow pointing to the opposite side of the hollow. As the legend goes, a small band of Indians robbed a flotilla of settlers along the Ohio River of a large amount money. The Indians journeyed to Conkle's Hollow to hide the stolen goods until the danger had passes. A small recess was located on the west gorge wall and was reachable only by climbing one of the two towering hemlocks growing at the base of the cliff. First, they had to cut one of the trees so that when it fell it served as a ladder to the recess cave above. They hid the money and carved the directional arrow on the opposite side of the gorge which pointed to the hiding spot. The Indians then shoved the hemlock to the gorge floor leaving only one standing in order to retrieve the goods later. as time passed and efforts of the settlers to find the Indians had ceased, the thieves returned for the stolen property. Much to their chagrin, the other hemlock had been felled during a storm, and the stolen money remains to this day somewhere in the hollow. Many locals claim having seen the carving, but it has since eroded away.

© Bud Schrader Photography
Conkles Hollow Falls in Ice - On one of my many winter treks. Lighting is very tricky back at the falls, morning light is best but you get very little of it.

For the more adventurous hiker, the rim trail on top of the cliffs circles the gorge. These cliffs are the highest in the area and provide some of the most outstanding scenery. Great caution should be exercised on this trail as it can be extremely dangerous in all seasons.

This hollow was named for W.J. Conkle who left his name and the date 1797 carved into the sandstone on the west wall of the gorge. Conkles Hollow is a state nature preserve operated by ODNR Division of Natural Areas and Preserves.

View Conkel's Hollow Hiking Trail Map
Location Map
Calendar of Events
there are no events listed at this time....
Photo Gallery (click on an image to enlarge) 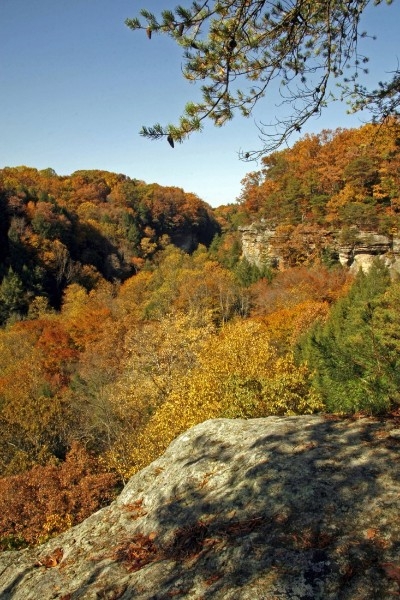 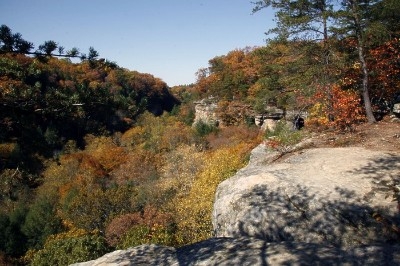 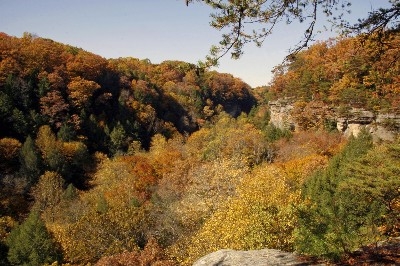 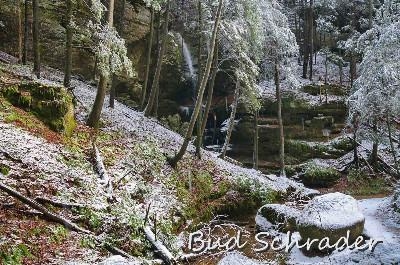 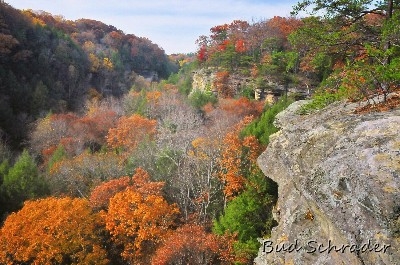 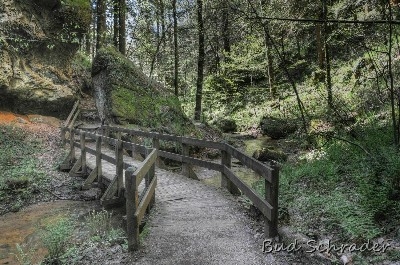 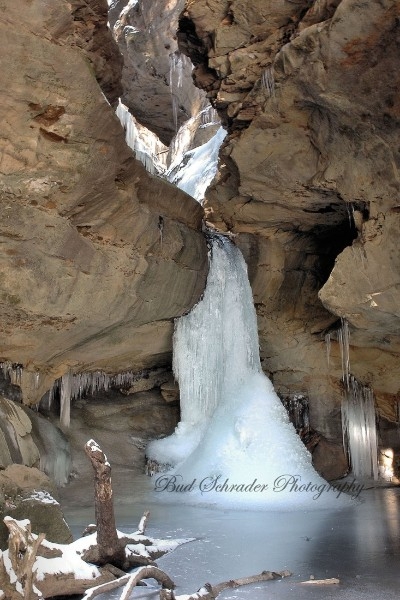 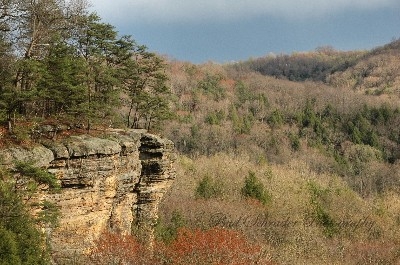 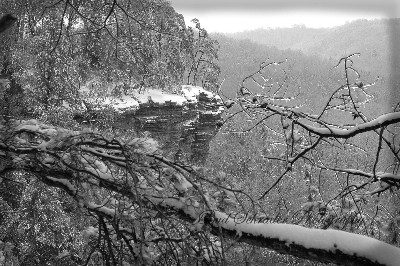 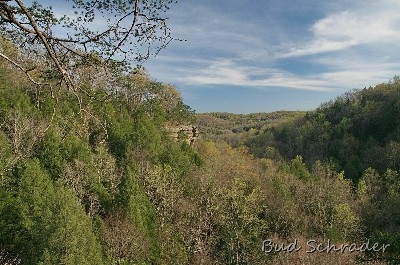 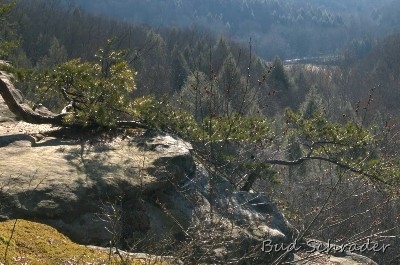 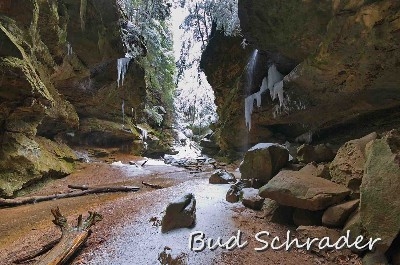 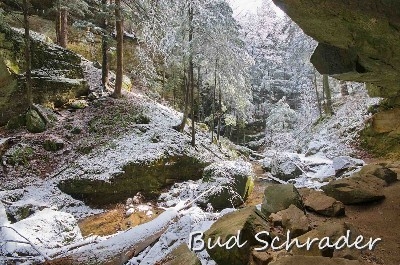 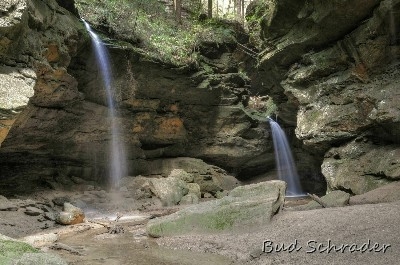 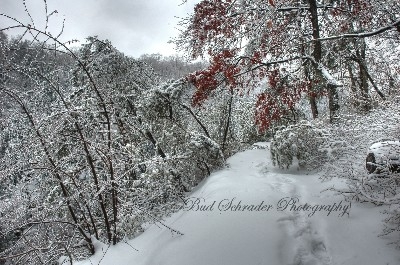 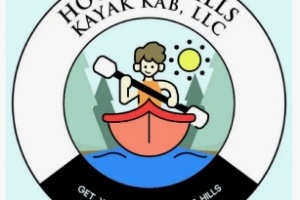 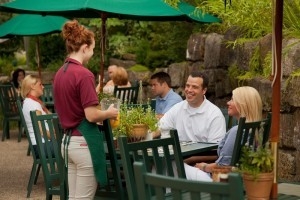